Create engaging experiences alongside your ad with a video extension.

Video extensions are an interactive way to demonstrate products, services, and brand messages. They can showcase special deals, emotions, ambiance, culture, and action. Combined with other extensions, video extensions create a richer experience that stands out more than just images and words. 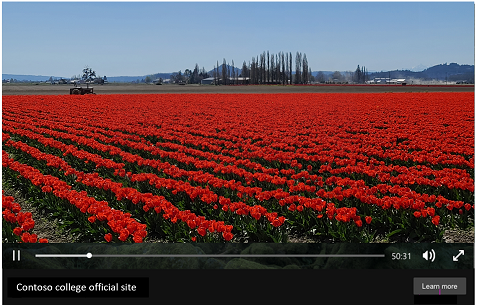 On desktop, when a user clicks on your thumbnail image, your video plays in a full-screen overlay above the Display text and Action text. Viewers can watch the video, and then click on the call to action button or the text in your ad. On mobile, the video plays in the frame with the Display text. The thumbnail image provides an opportunity to engage viewers and generate views. Video extensions operate best when the video complements your ad with unique content rather than repeating what users can already read in the text.

Ability to set up in: All Bing markets

Serves in: All Bing markets

Get to know video extensions

Learn the elements of video extensions

Make sure that the media you use meets Microsoft Advertising image, audio, and video policies.

Get started with video extensions

Head over to the About ad extensions page for instructions to: